WorldNetDaily: Petition Demanding Birth Certificate Surges Past Milestone - April 10, 2010
"As of early today, the signers totaled 500,058 and the number was rising."
Why does WorldNetDaily not make these signers' names public? Because it's ridiculously easy for one person to sign the petition as many times as he wants. It's not necessary to clear cookies or reload the browser. It's not necessary to different e-mail addresses, or real e-mail addresses, or even names with letters in them. You can use numbers or even dollar signs instead of letters if you want. Simply change a single character in a single box, and you can sign an infinite number of times, as fast as you can reload the page. 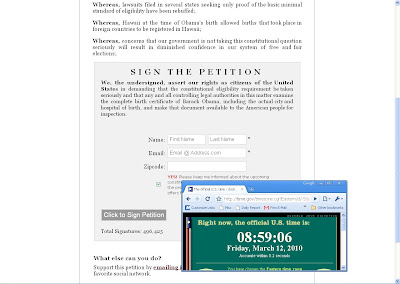 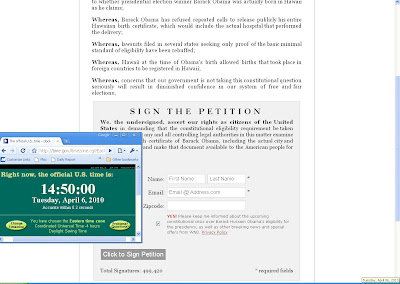 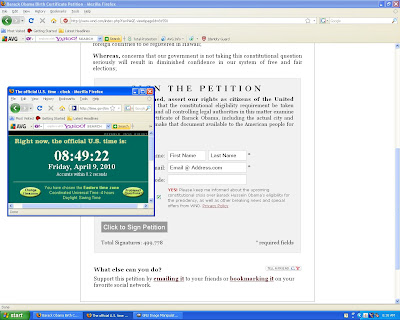 (In all the screenshots below, the clock in the bottom corner of the screen is consistently ten minutes behind. This is a quirk of the computer, and it is why the clock from time.gov was utilized.)

April 9, 2010. 8:53 a.m.
Mr. "1 500K" with e-mail address "a@a.com" prepares to sign the petition.
See the ten tabs at the top? Each one contains the exact same numerical surname ("500K") and the exact same impossible e-mail address ("a@a.com"). The first names are simply sequentially numbered, starting at 1, and as seen below, eventually continuing all the way through 220. 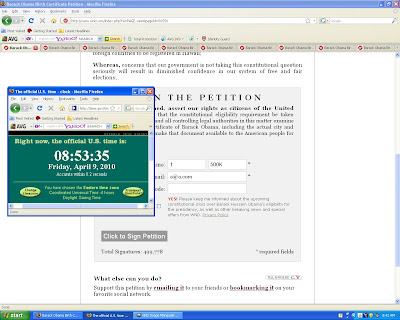 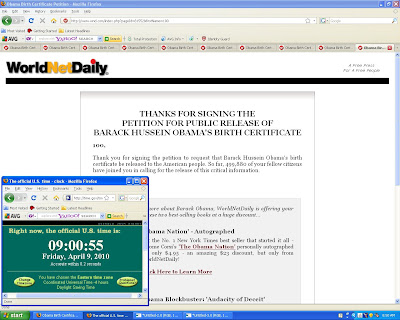 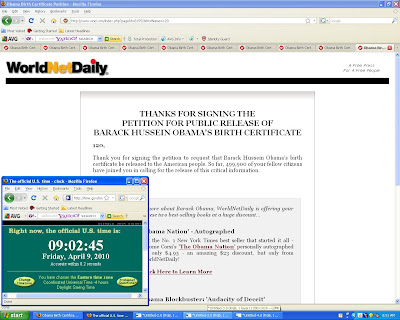 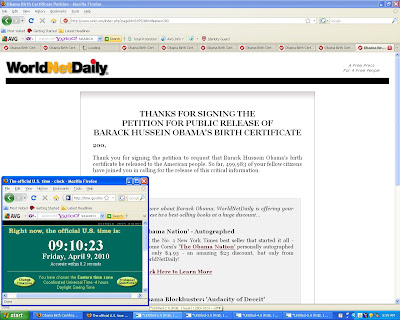 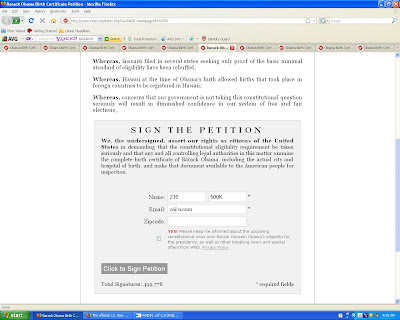 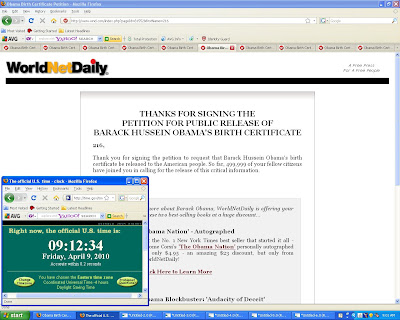 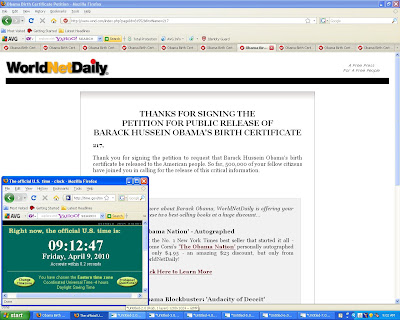 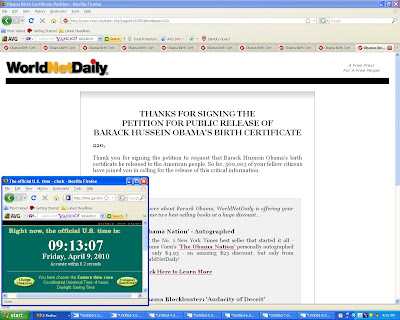